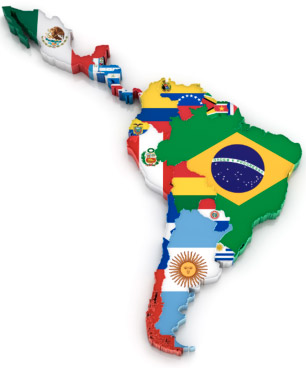 Let’s recap what we know so far. Latinx students are increasingly going to college, which is great. However, they’re dropping out at equal rates. Latinx students may have learned Spanish before English, and must not only overcome language barriers but also academic barriers. Like all students, the ecology of a campus can further impact their experience at college. For Latinx students, the ecology of a campus and their language barriers can be key factors in the drop-out rates we have seen. We’ll now delve deeper into how diverse Latinx identity development can be. Make sure to read over Part 1 & 2 to have a full picture.

This idea of identity development and confidence begins to tie in the concept that, when enacted correctly, the academic success of a Latinx student can be facilitated between an institutions cultural organization (Rivas-Drake & Mooney, 2009) and an academic support system (De Los Santos & Cuamea, 2010). Research around the identity development of Latinx has grown within the past decade. This research includes topics around ethnic identity (Supple et al., 2006), racialized identities (Feliciano, 2009), and how one does and does not acknowledge their identity in order to navigate their college experience (Rivas-Drake & Mooney). This all being based on the complexity of what it means to be Latinx because, like other groups, a portion of Latinx are light skinned and can navigate some environments better. However, the way they identify can complicate their navigation as others make assumptions of their way of life different than how their way of life is.

However, Latinx who identified as a hyphenated identity (i.e. Guatemalan-American) were found more likely to succeed (Feliciano).

This claim is further supported when one study (Rivas-Drake & Mooney, 2009) looked at the categories Latinx fit in when looking at navigating PWIs. The three categories are assimilators (those who solely adopted the American identity), accommodators (those using the hyphenated identity), and resistors (those who held their ethnic identity and went against mainstream ideals). Rivas-Drake & Mooney found that accommodators were most frequently born to immigrants, and had greater chances of succeeding academically because they were aware of the challenges they needed to overcome. Resisters were “the most race-conscious Latino students [who] do not disengage from their campus environment but rather [sought] out opportunities to build supportive social networks” (Rivas-Drake & Mooney, p. 649). Although Assimilators were most known to have parents who were also assimilators, which made college a little easier to navigate, their connection to their identity was much less important (Rivas-Drake & Mooney). Rivas-Drake & Mooney did not go in depth into how this impacted, if at all, assimilators outside of their academic success. However, it is important to note that assimilators would be less likely to “pick up cue[s] about disadvantage[s]” (p. 644) based on their ethnic identity.

For the assimilators, resistors, and hyphenated identities, there needs to be additional support in order to continue their success. Based on past studies (Feliciano, 2009) “educational experiences shape ethnic identity” (p. 151), particularly in college. Educational experiences are not limited to the classroom; this may also include peers at their institution. Latinos in particular, need a sense of camaraderie to feel welcomed (Clark et al., 2013). Devos & Torres (2007) also argues that networks are extremely important in the academic retention and success of Latinx. HSIs try to provide a similar holistic support system for Latinx because of the many factors associated with success (De Los Santos & Cuamea, 2010). This holistic support system reinforces my claim that cultural centers and academic institutions need to work in unison in order to retain and graduate Latinx students. The role of a cultural center is to continue to develop the identity and for an academic institution to develop their mind.