Learning with: Chris, Driving Out The Culture Part 3 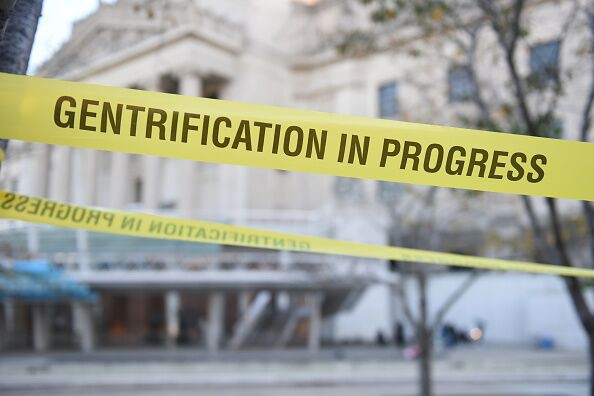 Last week we learned about redlining and how this process impacted the way communities were separated for the housing market. To get caught up be sure to check out Part 1 & 2.

While redlining communities of color the FHA was also promoting the construction of suburbs as an affordable housing solution. For people of color though these too were forbidden to them. Even if you were able to afford housing in these suburbs many of them had strict rules against the sale of any of their houses to anyone who wasn’t white. Levittown, one of the most famous suburb development, had this printed in bold on all of their standard leases:

“Levittown homes must not be used or occupied by any person other than members of the Caucasian race.”

The government then continued developing and enhancing these suburbs further by funding for schools, fire departments, police, and even roads; some of which were built through “red” neighborhoods, displacing residents in order to make it easier to get to these suburbs. All of these unfair factors have shaped the life opportunities and the ability to accumulate wealth that so many white American families enjoy today.

Today because of the Fair Housing Act of 1968 we no longer see redlining happening in the present as it did in the 40’s and 50’s. Instead, we are once again witnessing the same displacement and marginalization but in the opposite direction. During the mid-1900’s middle-class white families were moving away from cities and into the suburbs. Now, they are moving into the previously neglected inner-city neighborhoods. This is a process known as Gentrification. In the book Gentrifier, author John Schlichtman defines gentrification as:

“the reinvestment of real estate investment money or capital into dis-invested, devalued, centrally-located neighborhoods, which fosters a new infrastructure for middle and high-income residents.”

The dis-investment and devaluing of these communities that Schlichtman talks about are directly correlated to governments defunding and redlining. So as new middle-class residents and businesses start to come into these communities and buying relatively cheap properties – reinvestment- there becomes a demand for properties, which drives up property value. As a result, landlords begin to increase rent in an effort to drive out their tenants to open up apartments for middle to high-class residents. In New York City, for example, the median rent value has risen by 75% since 2011. But gentrification isn’t just affecting residents it’s also taking a large toll on local businesses. As new businesses start to pop up they begin to cater to their wealthier residents which make it extremely difficult for the existing to stay afloat. This is evident in the way Whole Foods changed the neighborhood of Jamaica Plain in Boston. While Jamaica Plain already had a large and affordable supermarket called Hi-Lo, open since 1964 and known for selling Latin American products, it couldn’t compete with Whole Foods. The outcome of all of this is the destruction and destabilization of families, entire communities, and their culture.